Founder and CEO of @mcscnetwork.

“@Ronan4Progress is free!!”
1st Dashcam in Niko House update showing “chase” and initial interaction
2nd Dashcam on Backup Police Cruiser showing cuffing of Sam
“2. You have the right to be told why you are being arrested and the nature of the charges against you (the crime for which you are being arrested). If you are arrested on a warrant, you have the right to see the warrant within a reasonable time after your arrest, to read it and make certain your name appears on it, and to see the charge against you.’
Ohio Codes
Not every state – don’t do this unless you KNOW your rights in your state
Political Background
Observers Claim Political Retribution Motivated Arrest Of Progressive Congressional Candidate

“AMY GOODMAN: How long were you handcuffed to the chair?
DR. JILL STEIN: It was about eight hours. And we were charged only with violations, not even with misdemeanors, and yet they felt compelled, despite having 13 officers there to keep these two women, mothers, handcuffed to chairs for the entire time.”
“…watch the flag….”
Duopoly Politics
Purpose of political party is to serve candidate – not candidate’s purpose to serve party.
History of American two party system
Beard – why second party was created
Big money is always represented (no party/one party)

The demographics of Occupy Wall Street: By the numbers

“The Myth of Jon Stewart’s Millennials”

“I’m a millennial and I love Jon Stewart, but here’s why I think he created a generation of incompetent news consumers”

The WikiLeaks-ization of the American Media

Jimmy Dore on comedy and news

Edward R Murrow talks about the responsibility of broadcasters

“…in absolute governments the King is law…the law ought to be king….” Thomas Paine, Common Sense, 1776

“I haven’t read France’s or Britain’s ‘Constitution,’ but I’ve read ours and no where in it is Presidential authority to strike Syria.”

“It was a sad spectacle to see U.S. brass rubbishing the Constitution and trying to silence critics of the U.S. strike on Syria, says Ray McGovern in this commentary.”

“A CONSTITUTIONAL ANALYSIS OF PRESIDENT TRUMP’S ATTACK AGAINST SYRIA” by EDWIN VIEIRA, JR.

“Congress may not delegate, let alone abdicate, to the President any part (let alone the entirety) of its powers….” (PDF p. 29)

“Mattis says the legal basis for the Syria strikes tonight were Trump’s Article II power to defend vital American interests. Whatever the merits of that as a domestic law matter it has nothing to do with international law.”

Link to the full legal advice on UK air strikes in Syria.

“In this memo to the White House, the Veteran Intelligence Professionals for Sanity urge President Trump to get the evidence first before deciding to strike Syria.”

On The Ground In Syria – With Special Guest Vanessa Beeley

“For those afraid to look at independent journalism for fear of being labeled a ‘conspiracy theorist,’ Robert Fisk is walking around Douma chatting to people especially for you….”

“In briefing to Congress, DNI, SecDef, and SecState provided zero real evidence. Referenced info circulating online. Which means either they chose not to provide proof to Congress or they don’t have conclusive proof that Assad carried out gas attack. Either way, not good.”

“‘I believe the President has the domestic authority to do that. I don’t think — I don’t think that has been disputed by Republicans or Democrats throughout an extended period of time,’ Pompeo asserted.”

Good time to review what a World War costs

“Major Danny Sjursen is a U.S. Army strategist and former history instructor at West Point. He served tours with reconnaissance units in both Iraq and Afghanistan. He has written a memoir and critical analysis of the Iraq War, Ghostriders of Baghdad: Soldiers, Civilians, and the Myth of the Surge. He lives with his wife and four sons near Fort Leavenworth, Kansas. Follow him on Twitter at @SkepticalVet.”

“Today’s Wars Are Based on a Fundamental Misunderstanding of History“

“…let’s face it: the Pentagon is actually a war department. ”

“Brandon Turbeville is a writer out of Florence, South Carolina. He is the author of seven books, The Road To Damascus- The Anglo-American Assault on Syria, Codex Alimentarius- The End of Health Freedom, Seven Real Conspiracies, Five Sense Solutions, The Difference It Makes: 36 Reasons Hillary Clinton Should Never Be President, and Dispatches From A Dissident Vol. 1 and 2. He is a staff writer for Activist Post and has published over 700 hundred articles dealing with a wide variety of subjects including health, economics, war, government corruption, and civil liberties. He has been a guest on numerous alternative media broadcasts as well as mainstream outlets. Turbeville is also an occasional contributor to other media outlets such as Natural Blaze, The Anti Media, and Progressive Gazette, Era Of Wisdom, and Off Rail Alliance. His books can be found in the bookstore at BrandonTurbeville.com, www.FalseFlagPublications.blogspot.com, TheBookPatch.com, and Amazon.com.”

On Returning From Syria….

“Putin heralds liberation of over 90% of Syrian land from terrorists”

State within a state

“How many more NSA docs like this were held/ignored while the Intercept pushed regime change in Syria? They should be public”

“Another solid breakdown of some blatant Syrian war propaganda from 2013 I’d never seen before”.

Guests:   Nicholas M. Apostol “…directed the flow and control of humanitarian supplies in the relief effort following the earthquake in1986….”

“The Spirit to Rebuild Puerto Rico Is Coming From Its People”

“If people start to die, who the hell is responsible?”

He is the author of Technocracy Rising: The Trojan Horse of Global Transformation (2015) and co-author of Trilaterals Over Washington, Volumes I and II (1978-1980) with the late Antony C. Sutton.”

“Someone said, we are no longer dying of hurricane. We are dying of colony.”

US campaign behind the turmoil in Kiev

Someone will get rich

46% poverty level, tax base erosion to pay back bonds from citizens exiting

Occupy: “Fire Bell in the Night”

I've just got fired for telling the truth about weapons supplies for #terrorists in #Syria on diplomatic flights https://t.co/wSJTRIzKnr

“The New Silk Road Will Go Through Syria”

The excellent David Kilcullen noting as early as 2009 that only 2% of drone strike kills are militants http://t.co/Z19D1xnCOV

“#Soros just called me a liar about 350 diplomatic flights with weapons for terrorists in #Syria, #Yemen. I will take it as a compliment.”

Intriguing article confirming the Silk Way investigation in principle, while focusing on disputing a few details of the story. Sometimes, when a story can’t be disproved, efforts will focus on discrediting. Their story seems to be an eerie echo of intense criticism leading to wrecking the life and career of a now vindicated reporter, Gary Webb.

“The World Food Organization (WFP) is scaling up its assistance to respond to the growing needs in a country caught in the midst of a full-fledged humanitarian crisis.”

“She had reported that Islamic State militants had crossed from Turkey into Syria on trucks bearing the symbols of the World Food Organisation and other NGOs.”

Serena Shim gave her life to the truth about Syria. Her star will always shine. R.I.P. Serena Shim https://t.co/1tzphMBAwa

“Democracy demands the truth so people can make intelligent decisions.”

I've spoken 2 #SethRich Family & have informed them of my stories before aired. They're very gracious & never asked me 2 stop reporting. https://t.co/UMLq4M5wMQ

We won't forget #sethrich, nor the #AwanBrothers, nor #shawnlucas & we DON'T ignore blatant corruption. Why SHOULD we? B/C MSM says so? https://t.co/Lo3b3ECDBv

“The family of slain DNC staffer Seth Rich is calling on the Washington, D.C. police department to go public with details of the murder investigation, after ten months of near-silence from law enforcement officials and as theories continue to spread about the mysterious circumstances of Rich’s shooting death last July.”

One reason you should care about and be watching the #DNCFraudLawsuit with regard to Seth Rich:

All court filed documents are here

Mr. Haller,
Two of your stories were the backbone of this interview with @eleebeck. Thank you! @zachhaller https://t.co/z2RvPCJUkW 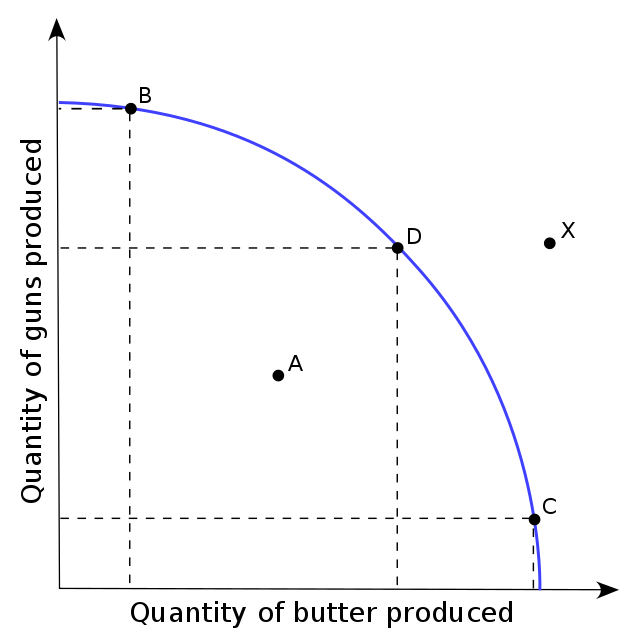 "The common perception is that war serves to boost the economy." https://t.co/Oq05qLZfts pic.twitter.com/efrgHt3SwD

Wartime Prosperity? A Reassessment of the U.S. Economy in the 1940s

PerfChart of US Market Overview

“….A good flight – but the payload landed on the wrong planet….”